If someone thinks the disciples were deliberately deceiving people with their claims, they might hypothesize this: the disciples expected Jesus to liberate Israel from Roman rule and establish the kingdom of God in which the disciples would occupy the most prominent positions. When Jesus was executed, the disciples were thrown into profound shock. Their dreams had been shattered and they went into hiding. Once they had recovered their composure, they sought to attain the power and influence by claiming that they had witnessed the miraculously risen Jesus. They were perpetuating a hoax. With the retelling of this story, other details came to be added over time such that Jesus was a miracle worker, a great ethical teacher and even the Son of God. Eventually, these stories were written down and some were recognized as orthodox by the church and are called the Four Gospels.

One of the ways in which the hoax theory is refuted is the argument from embarrassment. Though the argument from embarrassment is normally used as an argument for the truthfulness of testimonies that contain embarrassing details, it is also an argument for the likelihood of the testifier’s sincerity. It could be argued that the first believers might have been subtle deceivers and therefore peppered their accounts with embarrassing details so as to give a greater impression of sincerity. Yet the Gospels perpetuate stories from the earliest days of Christianity that contain very shameful details that are far too numerous to be convincing frauds. The disciples’ first audiences were their fellow Jews and therefore it is hard to see why they would portray Jesus as the Messiah who transgressed the Sabbath laws, touched lepers, permitted female disciples and associated with tax collectors whose collaboration with the Romans made them outcasts. If the disciples were trying to attract converts from their fellow Jews with invented stories, they would not have included those details.

The Gospels also contain details of the disciples’ behaviour that would have been embarrassing not only to the Jews but also to the wider Greco-Roman world. The disciples are described abandoning Jesus at his arrest and going into hiding. A fairly long passage is devoted to Peter’s thrice denial of knowing Jesus. Two of the virtues most highly prized by Greco-Roman culture were courage and loyalty.1 If the disciples wished to create a story for their Gentile audiences’ consumption, why would they portray themselves as initially craven and perfidious?

The argument from embarrassment therefore appears to be a good argument by which to doubt the accusation that the disciples were con artists. The problem with the argument from embarrassment is the word embarrassment. It is not strong enough a word to describe how Christian beliefs would have seemed to the world in which Christianity began. Christian beliefs were more than humiliating: they were repulsive and seditious. The presence of embarrassing details in a testimony lowers the likelihood of a testimony being a swindle for fraudsters do not want to be laughed at. The presence of repulsive and seditious details in a testimony makes it even less likely a swindle since sometimes the outcome of such beliefs is arrest, persecution and even martyrdom. What therefore did Christians believe which was repulsive and seditious?

Perhaps the best example is the belief that Jesus’ crucifixion is the means of humanity’s redemption and the atonement for sin. Crucifixion was the method of execution applied to rebellious slaves, insurgents and bandits. The first Christian emperor, Constantine the Great, abolished crucifixion in AD 337. The passage of time has removed from popular knowledge the appalling nature of crucifixion which involved tying or nailing the victim to a wooden cross and leaving him to die. The causes of death are reckoned to include heart failure, blood loss, asphyxia and dehydration. The victim was usually tortured before the crucifixion was carried out. The punishment was conducted publicly and the victim could take hours, even days, to die. During that time, he was vulnerable to birds’ predation. Once dead, the condemned man’s corpse was flung into a common grave outside of the city. If the Roman authorities wanted to make a point about their capacity to deal with rebellion and crime, the body was left on the cross for extended periods pour encourager les autres.

For both Jews and Gentiles, therefore, crucifixion was a horror. For the Jews, anyone who was hanged, which includes crucifixion, was under God’s curse (Deuteronomy 21:22-23; Galatians 3:13). Jesus from their perspective certainly could not have been the Messiah for whom they were waiting. Cognizant of crucifixion’s barbarism, the Romans chose to blame the Persians for its invention and then ignore its realities, hence the sparseness of crucifixion’s description in ancient sources2. For the early church to assert that Jesus, a crucified criminal, was the Son of God and that his death was the door to salvation, means that they took what was most abhorrent to Jews and Gentiles and made it the cornerstone of their belief-system. To do this, the disciples could not have been hoaxers seeking power and influence; they could only have been sincere.

Jesus was crucified because he was deemed a criminal. The Jewish religious authority, or the Sanhedrin, wanted him dead for the crime of blasphemy. To provoke the Roman authorities into executing him (for the Romans alone could pass the death sentence) they accused Jesus of treason. Pontius Pilate, the Roman governor, ordered Jesus’ crucifixion to prevent rioting among the Sanhedrin’s followers. By identifying themselves as the followers of an executed traitor, the disciples were placing themselves in danger of being crucified too. If they were scammers, this is not something they would have done. By endangering themselves like this, the disciples revealed how sincere they were that they had a true message.

Does history testify that the early Christians, for their Good News message, endured persecution without compromising their message? If we accept the historicity of the book of Acts, it certainly does. Peter and John were arrested twice by the religious leaders in Jerusalem for preaching the message of the resurrected and divine Jesus (4:1-22; 5:17-42). On the second occasion of their arrest, they were imprisoned and beaten (5:18, 40). The punishments were relatively mild because the authorities were fearful of the fact that the apostles were so popular with the Jerusalem crowd (v. 26). The first martyr was Stephen who was stoned on the charge of blasphemy (6:8-7:to the end). Luke goes on to describe a great persecution against the church in which Saul, the future apostle Paul, participated (8:1-3). The apostle James (the brother of John) perished in Herod’s persecution of the church (12:1-2). Herod had Peter arrested too, but Peter escaped prison through angelic intervention (vv. 3-19). The apostle Paul testified in his second epistle to the Corinthian church to the level of violence he received for evangelizing. From his fellow Jews, he received whipping, and the Gentiles had him beaten with rods three times and stoned (2 Corinthians 11:24-25). Peter’s first epistle was written to the churches of northern Asia Minor to encourage and advise them in the midst of persecution.

If anyone does not accept the book of Acts as reliable history, s/he can turn to extra-biblical ancient history which records other persecutions that affected the first Christians. Perhaps the most famous of persecutions is that unleashed by the Roman Emperor Nero against the Christians in Rome in AD 64. It appears that Nero needed a handy scapegoat for the devastating fire of Rome as a means of counteracting the accusations of his political enemies that he had set the fire. The Christians were an ideal target who according to Clement and Tacitus were already unpopular due to what were perceived as their anti-social behaviour and zealotism. The punishments meted out to the Christians were those provided by law for arson committed by lower class criminals: dismemberment by animals and public burning.3 Christian sources such as Origen and Dionysius of Corinth suggest that the apostles Peter and Paul were executed during the Neronian persecution.

It is important to recognise the limits of the argument from persecution. Asserting beliefs that others find repulsive and treacherous is no guarantee that the testifier is telling the truth. It is possible to be sincerely wrong to one’s own great detriment. It is no guarantee either that Christianity is true since people who are not Christians have died for their beliefs. But the argument from martyrdom is a powerful argument against the assertion that the disciples were deceivers seeking power and influence. Con artists create narratives that are to their benefit; the disciples, on the other hand, propagated claims that indeed made them the object of revulsion and enemies of the state. That they did so means that they truly believed in what they were saying. 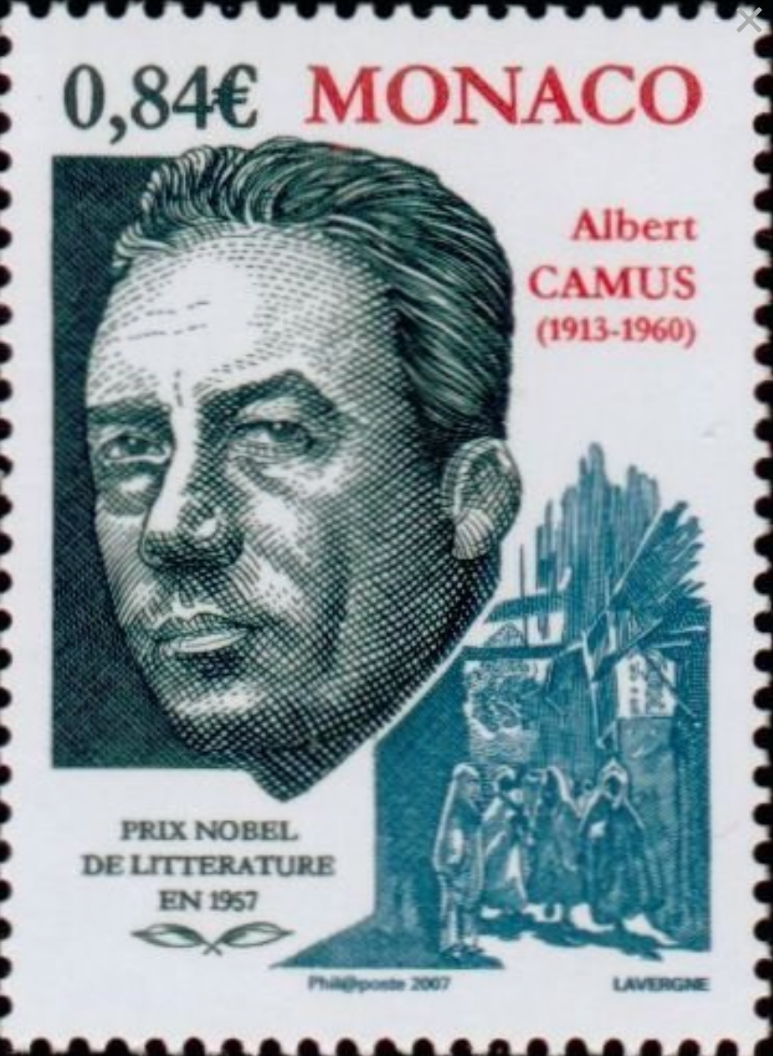 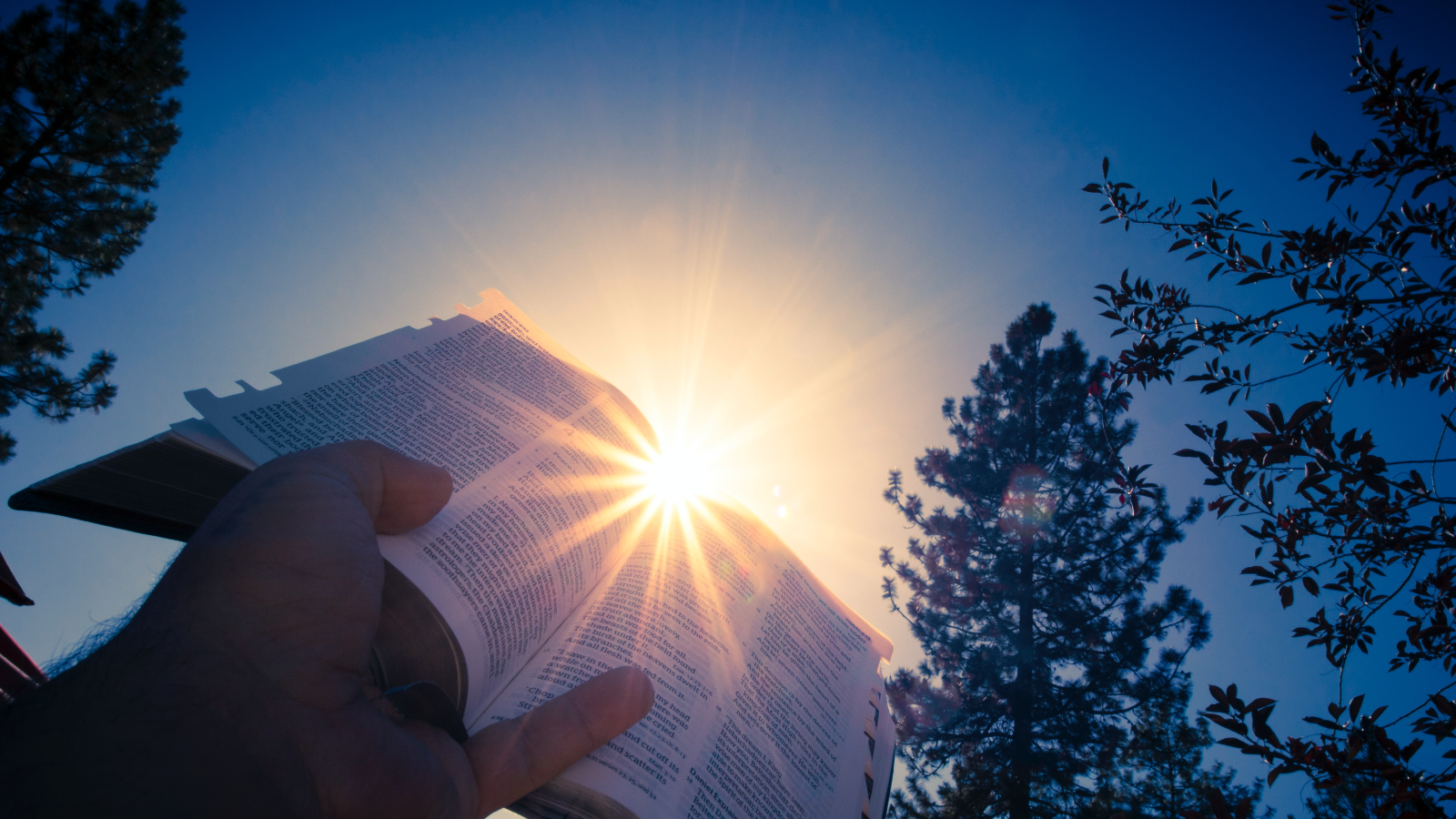 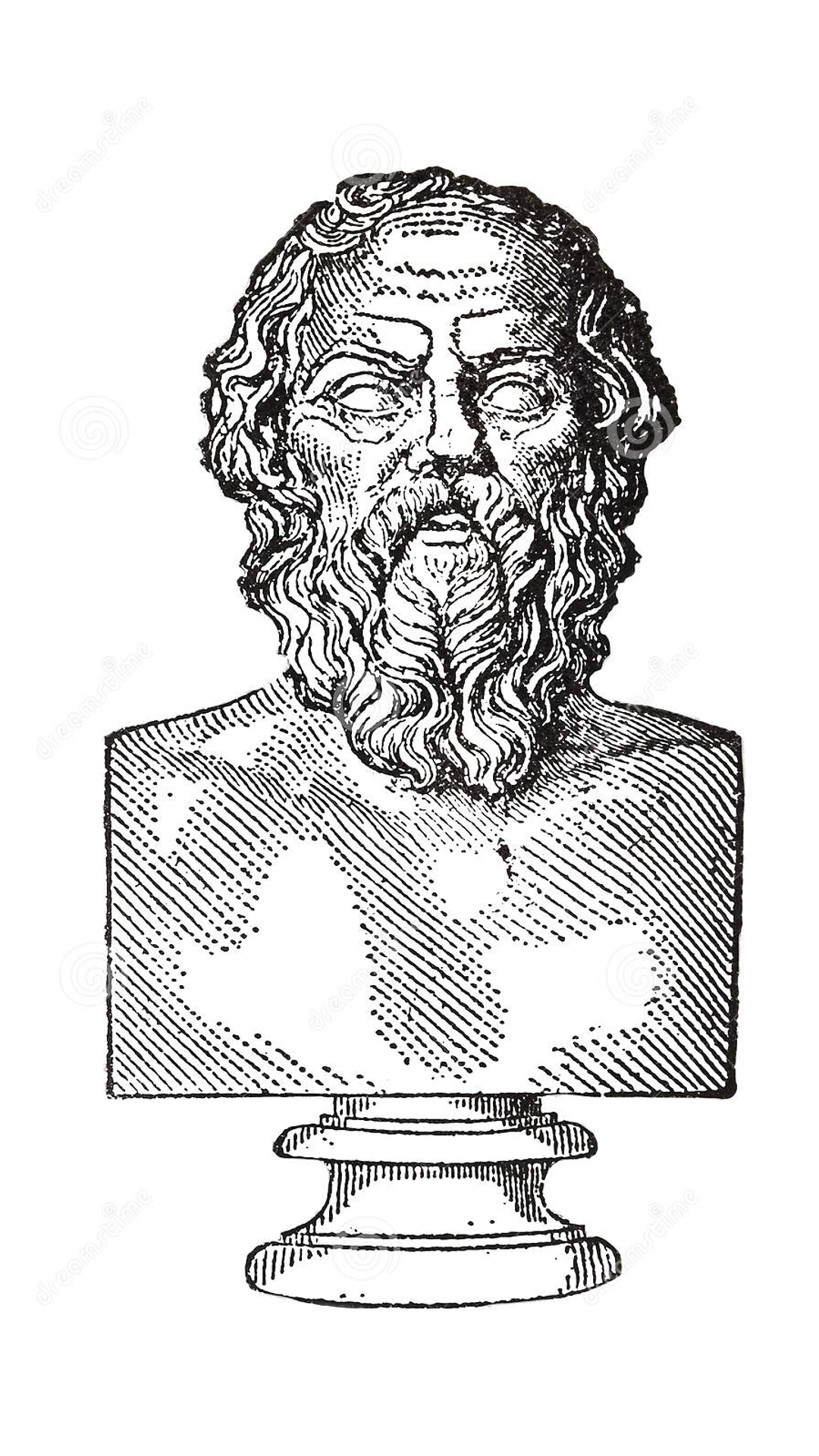 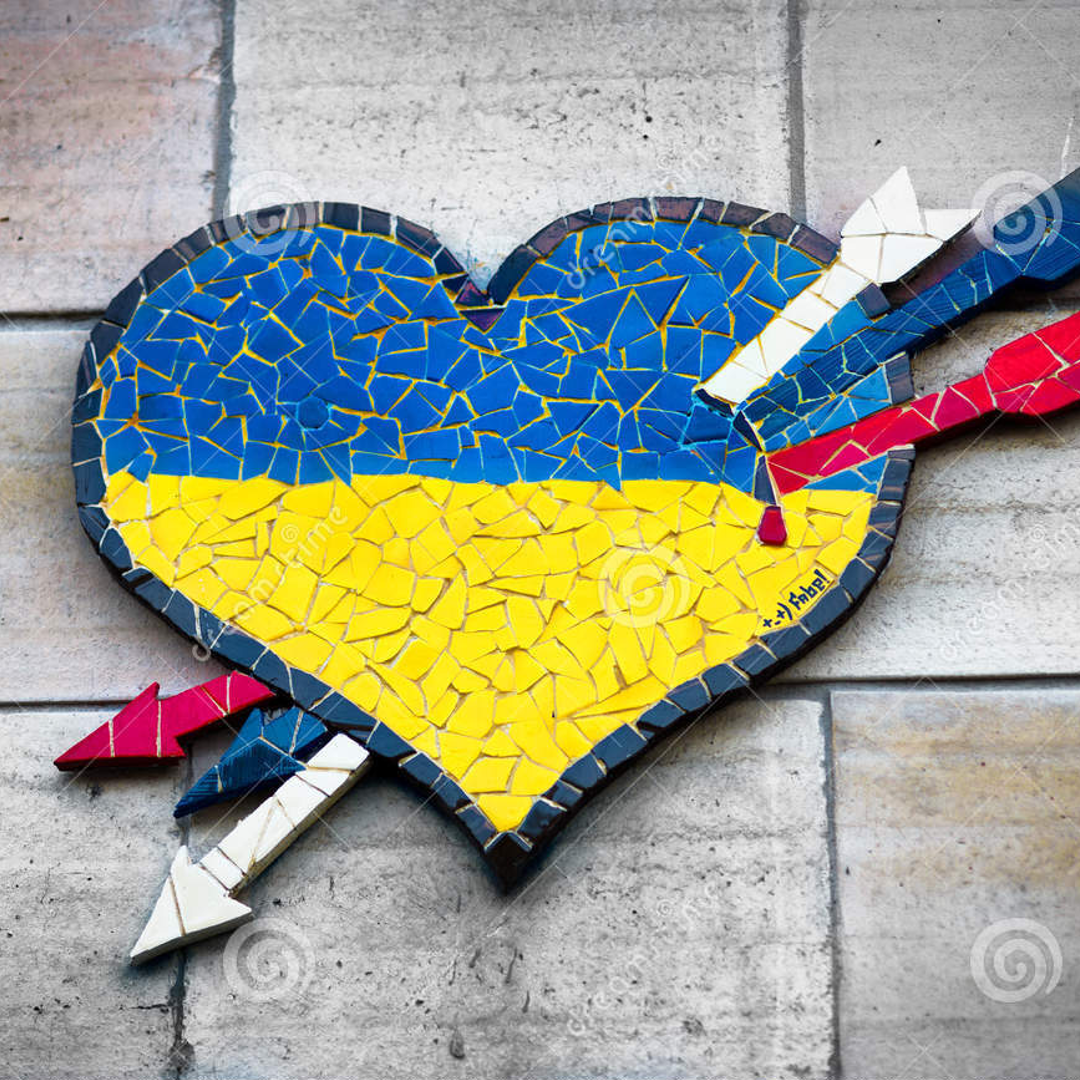 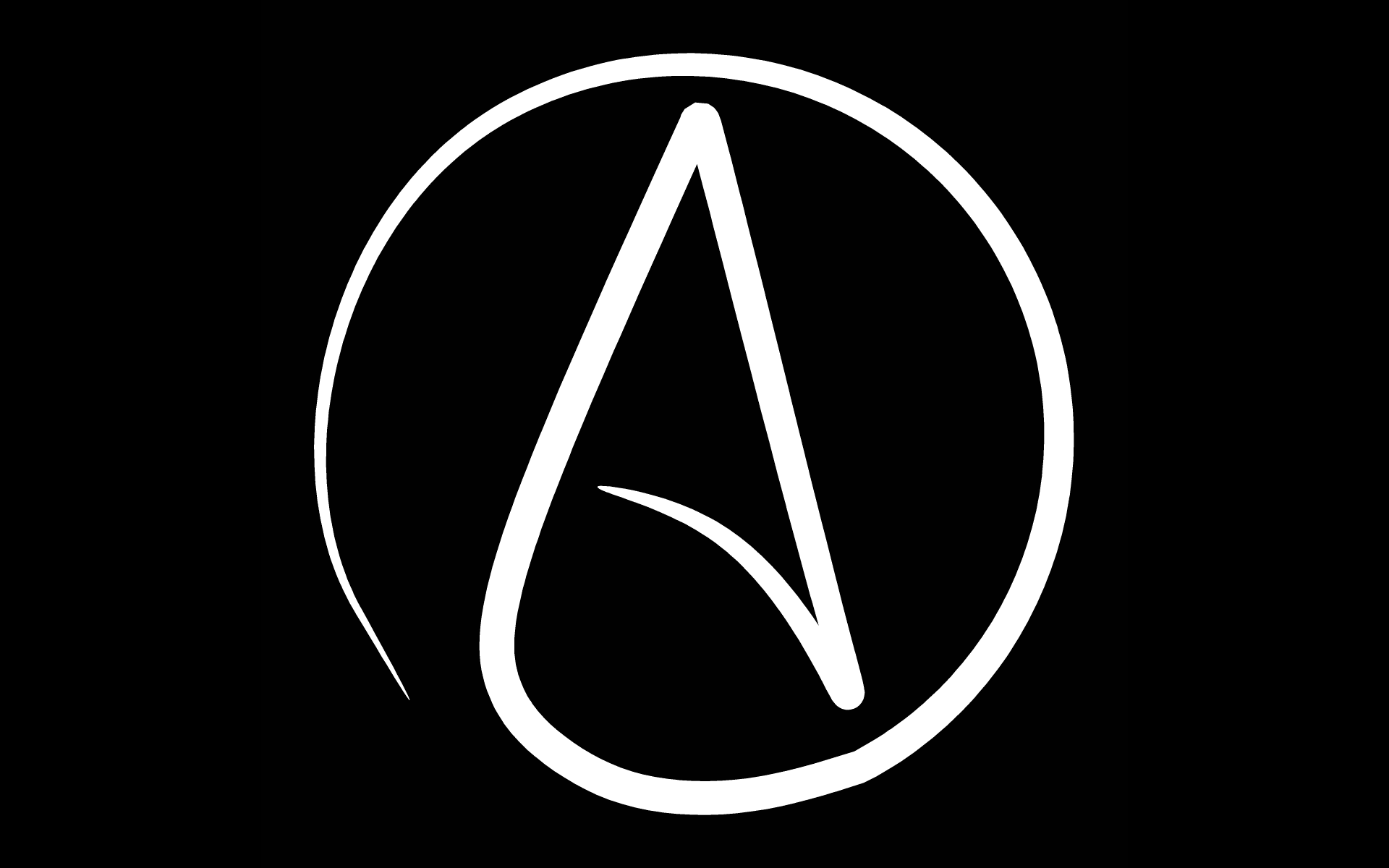